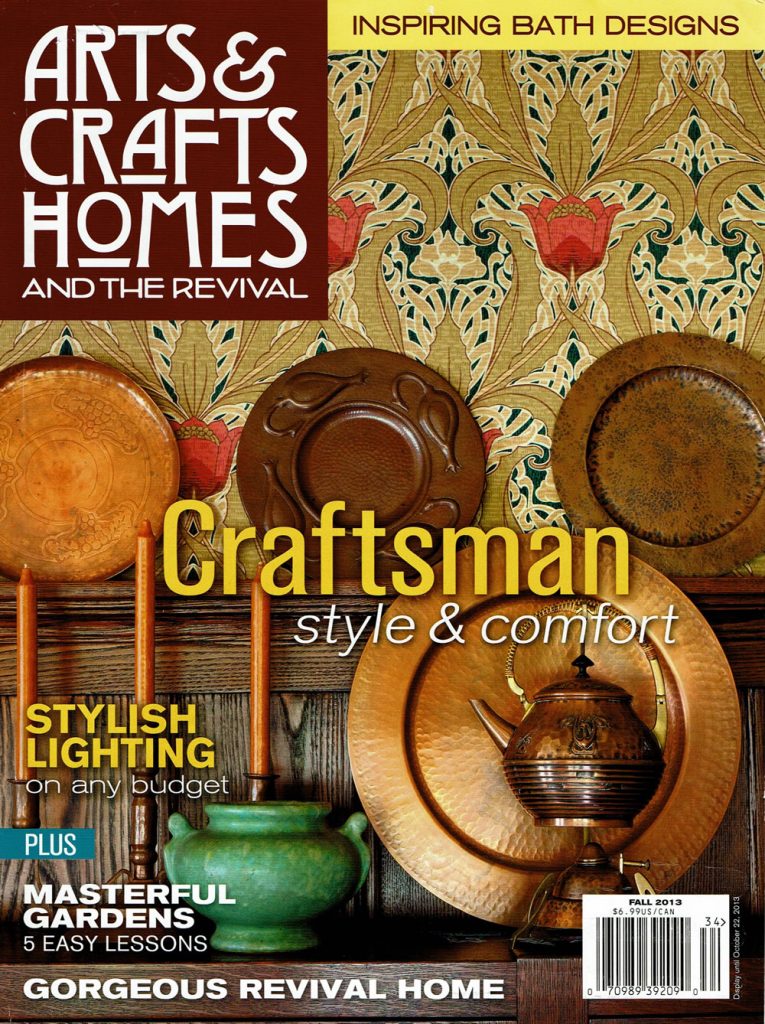 One of Anselmo’s copper plaques, the famous “Stickley Seed Pod,” is on the cover of the Fall 2013 issue of Arts & Crafts Homes and the Revival. Buy the Stickley Seed Pod plaque. 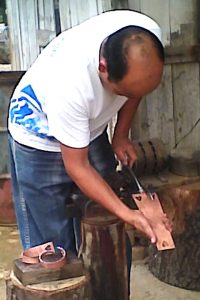 We are delighted to introduce Anselmo Miranda. Anselmo’s father, Ramiro Miranda, worked for us in the early 1990’s and retired a few years ago. We have been working with Anselmo for several years to recreate some of his father’s patterns and develop new ones, like our copper tile series.

Anselmo was born in Santa Clara in May 1972 and has spent his whole life in the village. He has 2 sisters and 5 brothers, one of whom Augustin works in a sink workshop, like Anselmo did previous to working for me. Anselmo is married to Maria del Carmen, has 3 children and recently became a grandfather!

Anselmo learned his craft from his great grandfather and father starting at age 12. His son, Gilberto, helps Anselmo around the shop a little bit. Anselmo’s favorite subjects are plates and he likes flower designs and pieces that have a heavy hammer texture. I am Anselmo’s only customer, or “cliente” as they like to say. He likes the fact that I always keep him busy which provides a steady income for his family. He also likes my interest free loans (as do my other artists) that he can repay with product.

Sunday is a traditional church day followed by time in the town plaza and he also likes to play soccer for fun. 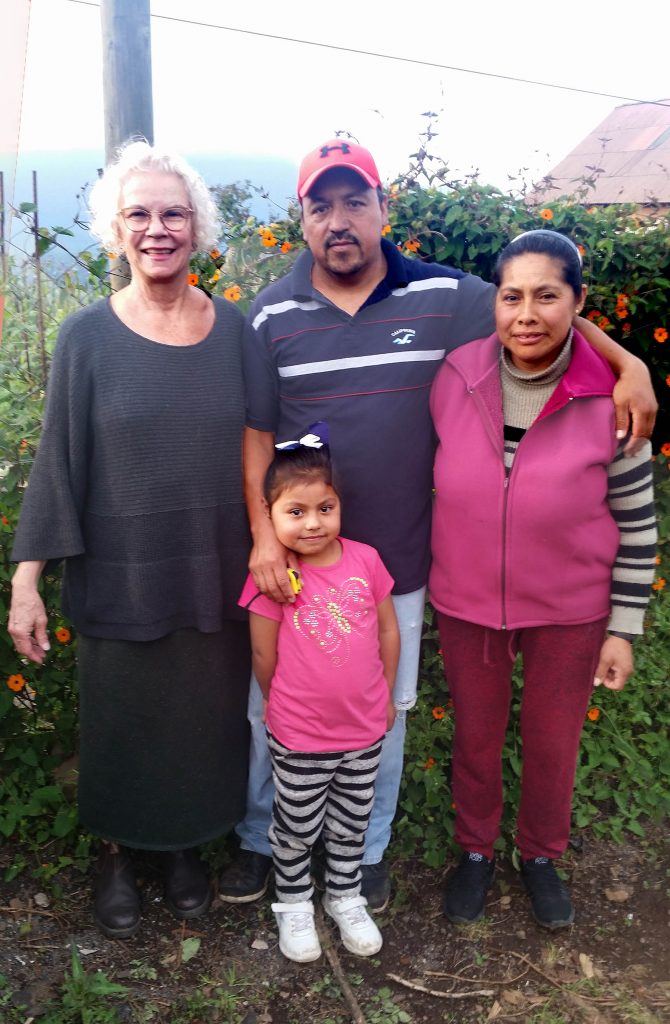 L-to-R: Susan Hebert, Anselmo, his wife Carmen and granddaughter Lola. I visited Anselmo and his family during my October trip to Mexico. It was so nice to see his children,  parents and siblings again. Anselmo’s father Ramiro worked for me in the early days of Cobre, circa mid-1990’s. How the time flies! 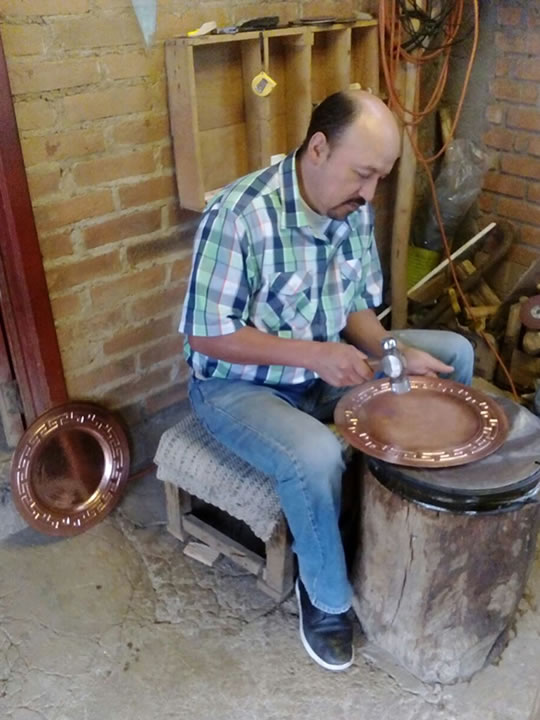 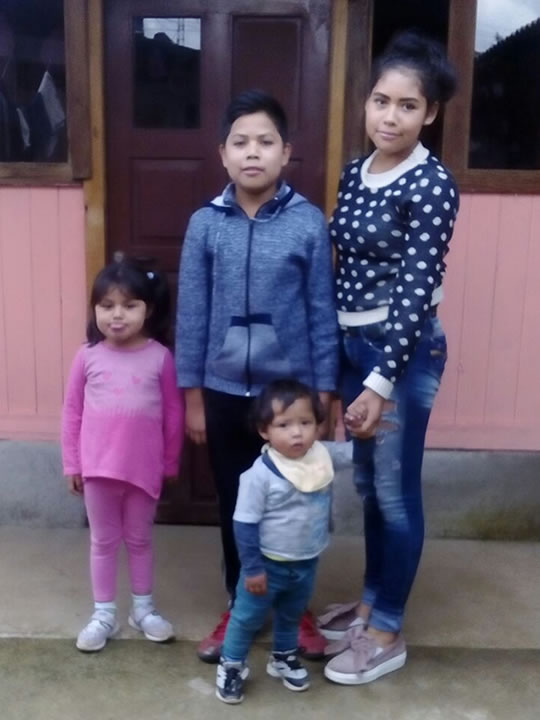 Shop for products by Anselmo Miranda: